Woodnetter Toscageoff introduced me to Michael Cooper in the thread “The best woodwork I have ever seen.”

I started off getting “blown away” by this piece called “Tex” from 1976:

That’s a bent wood barrel! HOLY COW. He has a whole gun series on his website: MichaelCooper.us. Some of his guns get a little, er, “manly” so may not be safe for work. His site’s in flash so I can’t direct link to any of it…

Here’s some of his more recent work – and you can see he’s come quite a way since his early days. 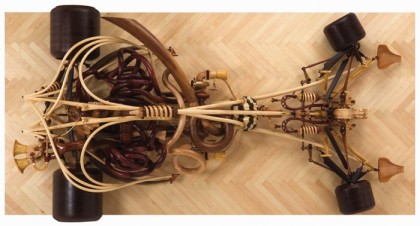 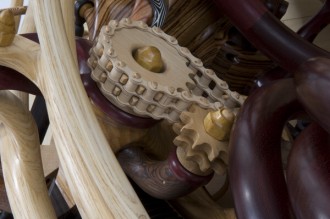 Learn more about this piece and Michael Cooper’s exhibit at the Quicksilver Mine Co.

And here’s one of his chairs, though I’m not sure I would last very long sitting in it… 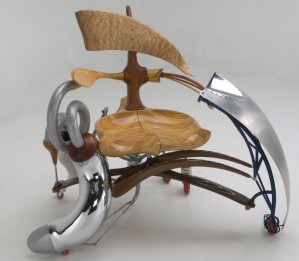 This one’s called Peaches and it’s from 2005 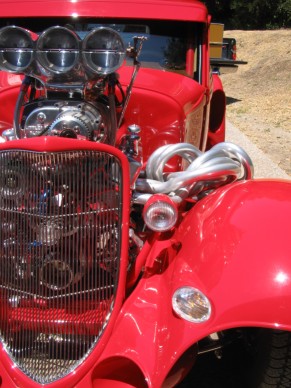 See more pics of the Tubester >>

This one caused quite a stir in the hot rod community… here’s a write up from WildRods.com >>

Michael Cooper in his studio: 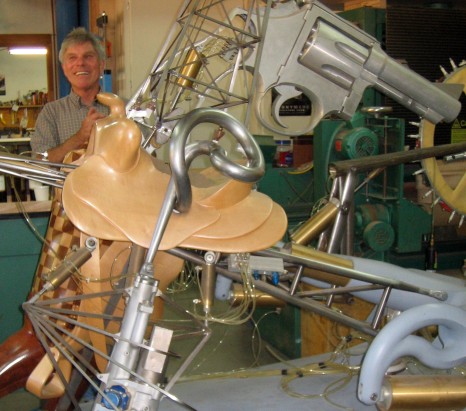 Michael Cooper discussed on SMC
found this on the net
Too much time on their hands? (a “but is it art?” thread from SMC)

Tags:
« Woodshop Dust Collection on a Budget
The Laser Guided Hand Saw (and 6 Other Stupid Laser Tools) »
Share this:

One comment on “Chairs, Cars and Guns by Woodworking Wizard Michael Cooper”